Being Positive and Resilient. What does it mean? 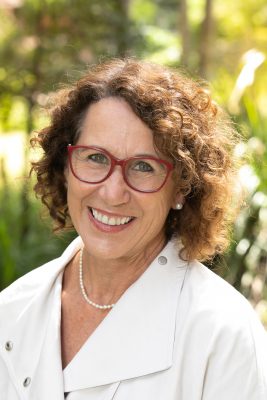 Over the past month I had the pleasure of attending two amazing conferences on the other side of the world. The first one was the Pathways to Resilience conference in Halifax, Canada, and the second one was the International Positive Psychology Association’s fourth World Congress in Orlando Florida, USA.

Both of these conferences focused on measuring what was working, and building on it. The Resilience Centre was well represented as presented the findings of our group programs, Connect-3 and Linked-up which are based on the Resilience Doughnut model. The findings were that clients attending the groups have positive changes in their self-esteem, social skills and personal competence. We were also able to show the positive changes in family functioning as a result of the group programs.

At each of the conferences it was great to be part of a growing movement of looking for strengths and measuring the positive changes. Speakers amplified the study of character strengths and pro social community engagement.

To kick off the congress in the USA, the prominent psychologist, Martin Seligman gave an opening plenary titled “Unravelling Learned Helplessness: Fifty years later.” (Learned helplessness is the phenomena observed when someone is exposed to continual uncontrollable situations they become helpless and lose their ability to gain control even after the trauma is removed.)

Seligman discussed the findings from the lab rats data colleagues are currently collecting. He courageously announced new findings based on rat brain studies that suggest that his own theory of learned helplessness is NOT in fact correct.

So here goes ill try and explain it.

It has been found that in a section of the brain, (the Dorsal Raphe Nucleus, DRN) is linked to passivity. When the DRN circuit is inactivated experimentally, rats do not become helpless, even when shocked. When the DRN is activated even without shock the rats become passive. Thus the DRN appears to be both necessary and sufficient for producing the passive behaviours called learned helplessness.

Now stay with me here, it actually does get interesting!

In the studies they also found there to be another area in the brain (the Ventro medial prefrontal cortex (VMPRC) that can inhibit the DRN in order to block the passive response. Seligman referred to the connection between the DRN and the VMPRC as the HOPE CIRCUIT. This circuit is now the interest and focus of much of the studies in positive psychology.

Basically, if the circuit is blocked, rats will be passive even if they are able to escape. If this circuit is active, the rats persevere even after being shocked. He also noted that the circuit can be strengthened.

Based on this work, Seligman concluded that alleviating catastrophe can’t fix people. Instead it is important to work on building expectations of control and mastery, that is, building the hope circuit. This relates to building prospection, where people are guided by their internal representations of possible future states and are thus drawn into the future, rather looking back at the past. These findings have implications for education and therapy.

So I became very interested at this points because…

At the Resilience Centre we, as psychologists, practice therapy that builds hope, and focuses on the future possibilities rather than focusing on the problems. We have shown this to be helpful in achieving positive change for out clients, and our measures support this. Our groups are solution focused groups, and during our therapy sessions and in our professional development sessions we often ask ourselves, what is working and how can we build on this to develop control and mastery for our clients. We run solution focused training groups, hot topics where we show clients how to be solution focused in their approach and small groups where we can practice the skills of solution focused thinking. Presently we are working on whole school programs that teach the skills of speaking in a solution-focused way to students and colleagues. These programs are showing increased student engagement, and a more resilient school community.

So I found the findings of these rat studies confirming of why what we are doing at the Resilience Centre actually works.

Finally on a practical front, Selgman noted that there are simple experiments with people that have had dramatic effect. These experiments get people to choose positive words over negative words and say them out loud. He even showed a “wordle” based on the words used by hopeful people on their social media pages. Take a look at it.

This got me thinking about my own face book posts. Are they positive? I might actually go and wordle it myself. What about yours?

Do I Have an Addiction?