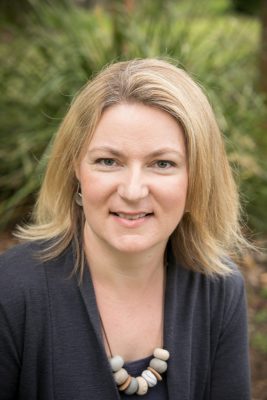 By Ruth
Posted April 7, 2014 within Psychology,

By Ruth Fordyce
Psychologist
Alpha Psychology and the Resilience Centre

Children seem to be leading busier and busier lives. Many children have a weekly routine that is full of scheduled and structured activities. Whether it’s tutoring, sports, music, dancing or community service groups, it’s now common for children to have activities scheduled many afternoons or evenings of the week. And of course there is homework to be completed as well! Parents feel the pressure to ensure that their children are succeeding at school, as well as getting every opportunity to develop their interests and become a ‘well rounded’ young person. However, there is an increasing concern amongst parents as well as academics and researchers who are questioning – when does this leave time for children just to PLAY?

Why is play so important for children?

It is widely agreed that play is vital for children, as it plays a key role in their physical, cognitive, emotional and social development. Professor Peter Gray, a researcher on the effects of children’s play, is concerned that too great a focus on education in countries like the UK (and Australia, I would suggest) is robbing children of important playtime.
Indeed, in a recent article he argues:

“the most important skills that children everywhere must learn in order to live happy, productive, moral lives are skills that cannot be taught in school. Such skills cannot be taught at all. They are learned and practised by children in play. These include the abilities to think creatively, to get along with other people and cooperate effectively, and to control their own impulses and emotions” (Gray 2014).

Gray’s article is well worth a read – I was fascinated to learn that in areas such as east Asia, where education has long been so greatly prized, there is now a move to reduce homework and schooling hours in response to grave concerns about decreasing levels of resilience and creativity in children, and growing rates of emotional problems.

So play is clearly important, but what actually defines good quality ‘play’ and sets it apart from other recreational or entertainment activities that children participate in?

Some level of risk is an important part of play

As it turns out, some of the most important aspects of play are related to the element of risk. Some researchers are concerned that we have actually made play areas and activities for children too safe and therefore too boring and not stimulating enough for meaningful play. Consider the average playground that has static equipment like a see saw or a slippery dip (slide). There is essentially only one way to interact or play with these pieces of equipment, and the element of risk is (intentionally) very low. Even toddlers can become quickly bored. In contrast, Anita Bundy and a team from Sydney University have been researching the effect of providing unstructured materials in school playgrounds, to encourage creative and imaginative play (for example – buckets, hay bales, car tyres, cardboard boxes and wooden planks). Teachers at first worried that playground injuries would increase or that children would use the materials to hit each other; however this did not happen. In fact, teachers reported positive changes – the children played more actively but were also more social, creative and resilient (Wallace, 2009).

A similar result was found in a study in New Zealand, in which one school bravely decided to get rid of playground rules entirely! The children were allowed to climb trees, ride bikes and play with loose junk materials similar to those described above. In time, the school found there was a decrease in injuries, a drop in bullying and that students concentrated better in class. Principal of the school, Bruce McLachlan, makes an interesting observation that in response to a riskier environment, the students did not act foolishly, but rather took “incremental, calculated risks” (Fox 2014). Professor of public health Grant Schofield, who worked on the research project, is concerned that we often do not consider the benefits of risk taking for children.

“Some exposure to risk is good for children,” Schofield says, explaining that children develop their brain’s frontal lobe when they are taking risks and given the freedom to calculate consequences. “The great paradox of cotton-woolling children is it’s more dangerous in the long-run,” he says. “Anticipating risk helps children watch out for themselves better.” (Fox 2014).

Principal McLachlan also observed that his students became more independent and also more imaginative because there was far less adult intervention in their play.

This sheds light on another aspect of how we have reduced the risk element of play – most children today hardly ever play without close adult supervision. Many parents reading this blog would remember experiences in your own childhood of playing for hours on end in the backyard or in the local neighborhood, with minimal to no adult supervision. Hanna Rosin explores this concept beautifully in her essay, “The Overprotected Kid”. She highlights the underlying fear that most parents now have about their children being unsupervised – the possible risk of abduction or abuse at the hands a stranger. I sometimes hear parents say, “I trust my kids, but I don’t trust the world”. Interestingly, though, Rosin (and others) point out that the rate of children being abducted or abused by strangers has not increased since the 1970s. Overall, crimes against children are actually decreasing (Rosin 2014). Your child is far more likely to be involved in a car accident while you are driving, and yet we do not perceive this activity as nearly as risky! While there are some risks associated with children being unsupervised, there are also great possible gains in confidence, resilience and independent creativity (children’s ability generate their own ideas about what they want to do – in contrast to the “I’m BORED” phenomenon!).

So, how can parents respond to these issues? It is not always easy to promote your child’s independence and appropriate risk taking, within a culture that is skewed towards fear and over-protection of children. Here are some initial thoughts:

Parents of toddlers and preschoolers:

These are just inital thoughts and I would be interested to hear comments and feedback from parents, as we wrestle with these difficult but important issues!

Ruth Fordyce is a Registered Psychologist at Alpha Psychology and The Resilience Centre. Find out more about Ruth by clicking here.

Gray, Peter (2014). Give childhood back to children: if we want our offspring to have happy, productive and moral lives, we must allow more time for play, not less,
http://www.independent.co.uk/voices/comment/give-childhood-back-to-children-if-we-want-our-offspring-to-have-happy-productive-and-moral-lives-we-must-allow-more-time-for-play-not-less-are-you-listening-gove-9054433.html

Peter Gray has some other excellent articles online – for example here and here.

An excellent book exploring concepts of risk and resilience in the teenage years – Too Safe for Their Own Good, by Michael Ungar.

Psychology and the Movies: A R...

The Power of Gratitude