The Little Girl Who Grew Up 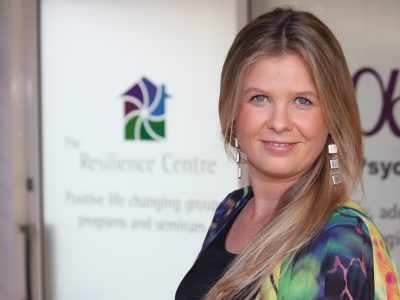 Once upon a time there was a little girl. She was quiet and shy with most people, but when she thought no-one was watching she would sing and dance and play in the mud. As she grew up she started to think, she watched people, she learnt about people, and she started to become less shy and less quiet. She noticed that other people were also nervous, were also unsure. She noticed that many were more scared than she was. On her first day in a new primary school, she would grab the hand of the crying girl, or help find the crayon of the angry boy. She watched. Not many knew.
As she grew up she noticed that the world is not so simple. Teenagers can be cutting, they can be superficial and egotistical. What are you wearing? Who are you seeing? Where do you live? These all become defining points of who we are. The little girl was growing up and watching the world from behind the strong glass window. Every now and then she would come out, smile and share. But when the ugliness became too much, she jumped back again, unsure of what she could take. The stage was a great escape – the stage was where she became alive. It was safe, it was dramatic, it was fun, she was being judged for her performance, not for her identity. She was being judged for the external not the internal. Many were shocked. The little girl had become a star. But she had never forgotten what she loves most – people, watching, understanding, keeping them safe.
As a teenager, boys never seemed interesting to her. Conversations were boring, simplistic, fake. Others loved it! Others loved the attention, the frivolous nature of it. But this girl – she got bored. Then one day she met someone who would not give up. Who pushed. At the start she was feisty, harsh and rude in an attempt to scare away what she couldn’t handle. Afraid. But he was unrelenting. He opened up. She fell hard – unexpectingly. It broke her, not in the way that a vase falls to the floor and smashes, but in the way that a vice slowly, so slowly starts to crush its victim. It’s subtle and easily goes unnoticed. This girl, now a woman – once so good at speaking up, at holding her ground, was struggling. Through the pain she re-connected with who she really was, with her core self – the strength, the clarity and determination that she once prided herself on. It took years, and a lot of courage but she did what she knew was necessary for the survival of her core self – of her true self- of her heart. She became stronger, taller, clearer. The fog had lifted and she could feel herself singing, dancing and playing in the mud once again.
After a period of hibernation, boys started to approach again – but this time the woman was different. She started to see past the lines, past the façade, past the physical, and started to see heart. Many had little, to which she gently apologized and walked away. Others were one dimensional – much like in high school, to which she became bored. So many different types, most with different pasts, different experiences, some more damaged than others. This woman who feared she was too damaged – stopped focusing on her own pains, and was opening up to see the pain of other men. She would remember primary school and the little boy screaming, the little girl crying – seems funny now. Are we all just children in adult bodies? Do we merely hide our child-like selves now? Have we learnt not to cry? Or learnt not to scream? Does that make it any less painful?

Stronger now, clearer now…. This woman looks at life differently. Life is beautiful when you are real, when you are honest and when you have the courage to face that. Life is wonderful when you enjoy being who you are. It becomes liberating and freeing – so that you can dance, you can sing and you can be who you were born to be – the good and the bad! The bad often making the good become highlighted! She has learnt that everyone suffers but if we are compassionate and kind, if we are gentle and patient, we can really see the happiness in others. Life is good and through everything this little girl is now very happy indeed.

Does Someone Close to You Have...