Grieving after a suicide

By Melissa Tjakrawisada
Posted May 25, 2017 within Suffering and Meaning, 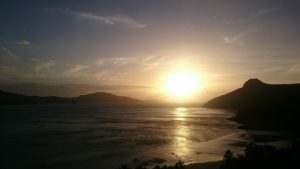 Recently I found out that an ex-client from my old workplace had completed suicide, which really rattled me as a person and a psychologist. I immediately thought of the pain and despair they must have had to feel that it was impossible to continue living, pictured the grieving family and friends and then reflected on my past interactions with them. A week after I heard this awful news, I happened to have a supervision session which quickly turned somewhat into a therapy session. My supervisor gave me a space to grieve and reminded me to do what I often tell my grieving clients – try to find meaning in loss. This supervision/therapy session was exactly what I needed at that time to process my grief.

I was surprised when I heard the statistic from a recent episode of ABC documentary series called ‘You Can’t Ask That Question’ on suicide attempt survivors – 8 people died from suicide each day in Australia. This concerning statistic is double the number of Australians who died from road accidents! Most of the suicide attempt survivors interviewed in the program reported that they did not actually want to die instead they wanted a break from the painful feelings they had been experiencing.

What is grieving? Grieving is a healthy human reaction to a loss experienced, which typically involves acceptance of loss and learning to manage daily life without the person who died. Everyone grieves differently (even in the same family) because everyone has a different relationship with the person who died, carries varying past experiences of loss, and expresses their grief differently; for example, one person may prefer to share their feelings and thoughts while another may find it hard to show their emotions or verbalise their grief. Remember, there are no set rules on how to grief or what emotions one should be feeling.

When someone dies suddenly, it is not uncommon to feel overwhelming arrays of emotions and thoughts. Below is a list of feelings and thoughts that may be experienced:

Can unresolved grief be problematic? The new Diagnostic and Statistical Manual for Mental Disorder (5th Ed., DSM-5) listed Prolonged grief disorder as a syndrome when a bereaved person experiences persistent yearning of the deceased for at least six months after the death. Criteria for prolonged grief disorder include preoccupation with the circumstances of death, difficulty of positive reminiscing about the person who died, and a desire to be together with that person. Prolonged grief disorder has been associated with 6 to 11 times greater risk of suicidality.

Regardless of how one chooses to grief, it is important for the grieving person to continue looking after themselves. It may be by doing things that they enjoy, spending time with other people or being alone by themselves. Looking after self is about identifying what is needed and getting those needs met. Many people also find talking about their grief helpful – it may be to a friend/s or family member/s, a professional who does not know them, and/or to a support group or other people who have been affected by similar experiences. Some people prefer to express their thoughts and feelings on paper instead of talking to others. Other things that can help include spending time outside, making opportunities to remember the person who died, and/or developing a personal ‘emotional first aid kit’ that can be used when feelings associated with grief get too much. Grief can feel crushing and relentless, but processing grief over time will give space for growth to occur and hope to return.

What is Mindfulness and How is...

Psychologists Are Human After ...