Approaching transition to school: Some tips 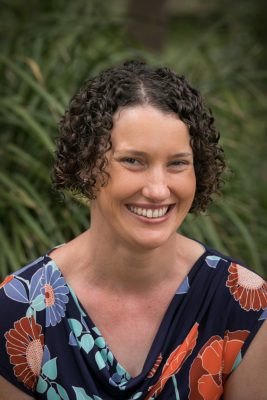 Transition is more than the first day.

Transition to school is a modern buzz phrase that gets used a lot. Often transition gets used interchangeably with school orientation but actually transition is a much bigger concept. I think we have a sense of transition to school being a big deal- but its not always easy to explain why. Researchers and Educators agree that starting school is “one of the major challenges children have to face in their early childhood years.  Another says that the transition to school “sets the tone and direction of a child’s school career” (Dockett & Perry). Sounds like pretty big stuff hey!

A good summary of the importance of the transition to school says “Kindergarten is a context in which children make important conclusions about school as a place where they want to be and about themselves as learners vis-à-vis schools. If no other objectives, are accomplished, it is essential that the transition to school occur in such a way that children and families have a positive view of the school and that children have a feeling of perceived competence as learners” (Bailey in Pianeta).  This is why a difficult start in kindergarten is seen as such a concern. A child who learns in kindergarten that they can’t manage what’s expected of them, can’t keep up or participate positively is at risk of concluding that they and learning just don’t get on.

Australian research of parents, teachers and school starters indicated that while kids thought that they needed certain skills such as writing their name or counting to ten before starting school- generally the teachers say ‘we can teach them to write their name, but it’s more important to have kids who can function in the classroom. ’

Transition extends over weeks and months until a stage is reached of ‘belonging’. When school is somewhere that a child belongs and feels accepted. When a family feels that they have a place and a voice. “Transition is a process that happens over time from when children are beginning to get ready for school until the time when they have adjusted to school, as opposed to a single point in time such as the day or week they commence ” (Kids Matter Transition to Primary School Review of the Literature). It’s important that families have some awareness of their own role in transition and actively participate in creating effective transition experiences for their child.

Culturally we focus a lot on the first day. The first day is important- but it’s worth noting that a lot of children have different concepts of when they become a school kid. For some, its once they go to kindy orientation, for others it’s in the uniform shop, for others it’s with farewells at preschool and new school shoes in January. Kids with siblings at school identify with the school environment from a very early stage. The first day marks a new reality day in day out- but good transitions start much earlier. It’s important that we embrace this changing identity rather than insist on a fixed start date.

Any identity transition involves trying on the new identity and decisions to actively put off the old identity. It’s emotionally helpful if this can occur gradually and naturally. It’s also helpful if we allow this identity transition to occur in the context of our communities and families. For some families it looks like letting their child wear their school uniform to the library or the fruit shop in the holidays- to be recognised by people they know and have their new identity acknowledged. For others a ‘uniform dress-up’ to show the relatives on Christmas Day becomes a rite of passage for kids starting school.

Putting off the old preschooler identity is equally a critical one. Goodbye cards and gifts of drawings of favourite preschool things are emotionally helpful to allow our kids to reflect on their early childhood years and significant teacher connections. These practices also provide the trigger for conversations about change and transitions. Other transitions and ‘first times’ such as starting swimming, soccer, moving house or changing class at preschool are also useful discussion starters. Telling a child about when they started preschool and they didn’t know their teachers and weren’t sure what to make of it- provides a powerful resource for thinking about successful changes. Most school starters don’t actively remember starting preschool and are very interested to hear that there was a process of them becoming familiar and confident in their environment. Conversations that refer to ‘we’ve done change before and we can do it again’ instil confidence in children that transition is not unknown or unique only to them.

The Agent of Change