Most of us can relate to envying a pop-star in our youth. Perhaps you dreamed of being one or just had a lot of fun imitating your idol. How many hours did you spend singing their songs or studying their lyrics (that felt written for you) and decorating your room with their posters? Maybe you felt like you knew them better than you knew yourself. Perhaps, like me, you fooled yourself into believing that, if you could identify strongly enough with a successful or famous person, somehow you’d feel more OK with both yourself and others and that scary, uncertain void of “who am I?” would be filled. 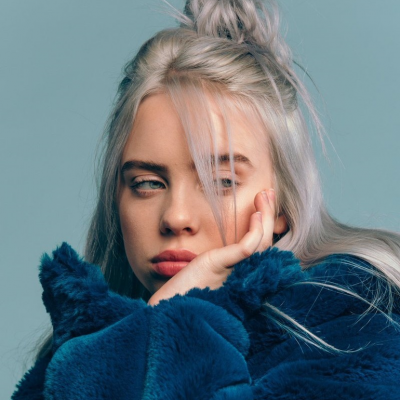 17yr old pop-star sensation Billie Eilish is in Australia this week, much to the delight of her millions of listeners. In one of her songs ‘Copycat’ she appears critical of those that don’t know how to be themselves and therefore copy others – a fairly normal frustration that teenagers would no doubt relate to. One would think from a song like Copycat that she’s pretty sure of herself.  Who wouldn’t admire or envy that in a 17yr old?

But, just to keep us on our toes, there’s another song called ‘idontwannabeyou’: https://genius.com/Billie-eilish-idontwannabeyouanymore-lyrics

“Tell the mirror what you she’s heard before, I don’t wanna be you anymore” and “Losing feeling is getting old. Was I made from a broken mold”

in which she seems to be saying the complete opposite. In this song, the speaker’s frustrations with her self run so deep as to question whether her very creation was a mistake.  We’ve probably all been there before.

Despite not having a personal preference for her music, I admire Eilish’s openness about these sort of insecurities. Whether they be emotional, physical or social we all have them; teens AND adults.  It’s natural for any human to question whether they’re OK even to the point of self-hatred.  Confusion around who we are and whether we like ourselves starts strongly in the adolescent years and waxes and wanes through our lifetime.  Particularly amidst times of change, both in adolescence and through adult life transitions, we often don’t know who to be or we wonder where our true self went.  More than anything, our desire to be ‘like’ someone else is rooted in our human need for acceptance – a sense of being OK just the way we are.

If someone appears strong in themselves and well-loved, it’s natural to want to be like them.  Yet copying someone else and running away from our natural self never works.  You were made to be you; not somebody else.

For those born prior to 1980, the daily dilemmas of social comparisons may not be so confronting.  However, for those growing up in the daily trenches of social media it’s hard not to get sucked in to the idea that everyone else is feeling better, looking better and being better.

To be honest, we’re all flawed and have things we don’t like about ourself. What I love about my work is when I see individuals courageously accept their imperfections and begin to embrace who they are.  Co-incidentally there emerges a greater empathy for others who are also struggling and thereby removing any footholds for envy.

Reasons why your teenager is r...

How healthy food, vitamins and...