Hope: The light in times of uncertainty

On August 16th 2015, the world witnessed one of the most emotional and moving moments in sporting history. Australian golfer, Jason Day, was at the final hole at the PGA Championships and he broke down into tears, no doubt filled with a myriad of emotions. He had just won one of the world’s most prestigious golfing tournaments. 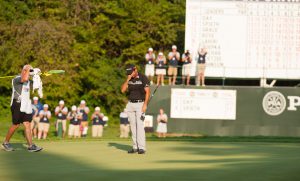 Jason Day was born to an Irish-Australian father and a Filipino mother. His family did not have a lot of money and Jason’s first golf club would be a cut down three-wood his father had found at a rubbish tip. Jason recalls seeing his mother cutting the lawn with a knife because his family could not afford to fix the lawn mower. He also remembers using the kitchen kettle to have hot showers as his family did not have a hot water tank.

At the tender age of 12, Jason would see his father pass away from stomach cancer and began drinking. In his own words, Jason became an alcoholic and would frequently get into fights. These events make Jason’s heroics a great story of hope, not only for Jason himself, but also for his family.

Hope researcher, Charles Richard Snyder, outlined that hopeful thinkers tend to be higher achievers and are more likely to be physically and psychologically healthier than less hopeful thinkers. Hopeful thinkers are also more inclined to respond proactively to uncertainty and usually persist and seek different avenues to accomplish their goals when faced with obstacles.

Goal directedness – Goals are based on one’s purpose and values in life and hold importance to take action. This direction provides clarity on the goals but generates uncertainty in how to achieve these goals.

Pathways – Pathway thinking refers to one’s ability to think of and generate different routes and strategies to achieve their desired goals.

Agency – Agency thinking refers to the belief one has that they can undertake the routes towards their goals, and the belief that they are able instigate change and achieve their desired goals.

The Day family’s actions exemplify hopeful thinking. Despite not having the finances to fix their lawn mower, Jason’s parents used other methods to maintain their lawn. And despite not having access to a hot water tank, they utilised unorthodox approaches to effectively access hot water for washing.

But the ultimate hope was perhaps displayed by Jason’s mother. Dening Day. In an interview following her son’s win in the prestigious PGA Championships, Dening stated that she felt “golf” was the only thing that would keep her son alive when Jason became a troubled alcoholic at the age of 12. Her goal was clear, and it was for her son to continue playing golf. And despite having recently lost her husband to cancer and needing to support her three young children as a single mother, Dening was thinking of different ways to financially support her son play golf. Soon after the passing of her husband to cancer, she sold the family home and worked long hours as a shipping clerk and sent her son to boarding school/golf academy. 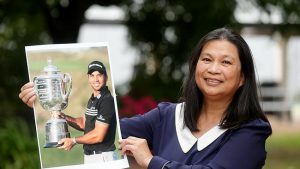 Being hopeful is not a form of wishful thinking. Hope is the psychological state that helps one proactively navigate through life’s difficulties by having clear goals (goal directedness), thinking of different pathways to achieve the goals (pathways), and believing that they are able to attain their goals (agency). Hope is about moving forward in spite of obstacles and times of difficulty. For Denning Day, the hope that she had when her son was a troubled 12 year old led to the unveiling of a new golfing champion. 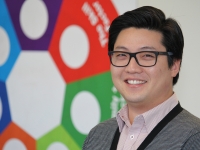 John Shin is a psychologist at The Resilience Centre and is a researcher in the area of uncertainty, resilience and hope. John’s profile can be found here.

Do I Have an Addiction?