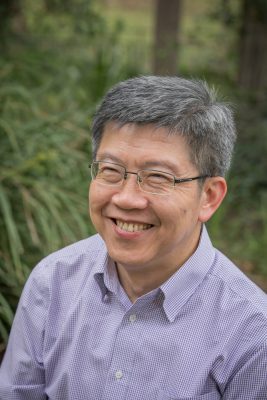 Have you been issued a speeding ticket in the past?  Yes, I have.  Now whenever I drive past that particular street my mind reminds me that I have to slow down and warns me not to speed again, as I don’t want to have another 3 points off my licence.  I was still thinking from a punitive perspective at that point in time.

How about the majority of the drivers who never speed and always obey the speed limit? They have not been rewarded so far.  Have they been rewarded for doing the right thing rather than being punished for doing the wrong thing?  In educational psychology we advocate for a positive reinforcement approach in school.

What do you think if were to reward those drivers who comply with the driving speed on the road?  Is it possible to do that?  Do you have any ideas before you watch this video?

Kevin Richardson (USA) was the award winner of the Fun Theory Award, an initiative of the Volkswagen, who designed the Rewarding Speed Limit Signs.  His idea was to take a portion of the revenue from the speeding fine and use to fund a lottery.  Everyone who complied with the law was automatically entered and in effect, given a free lottery ticket.  This simple idea rewarding good drivers to do the right things, has resulted in 22% decrease in the average speed. When it is fun to do something, it motivates us to do it and we will actually do more.

How can we get people to put on their safety belts in the car, of their own accord, and enjoy it?  Andrés López Rivera in 2009 designed this car seat belt giving people fun and enjoyment while travelling in the car when the seat belt is put on.

Would you like to design a similar set in your car?

We still see children or adults who do not throw their rubbish in the bin or recycle their plastic bottles and glass.  How can we encourage them to change their  behavior and help people change their habit?  How can we make this fun in order to motivate people to develop this habit?  Let us look at the Bottle Bank Arcade Machine and the World’s Deepest bin video from the Fun Theory.com.  Just look at people’s faces and notice how much fun and joy they have exhibited.

When they transformed the bins into something that gave people some fun, they transformed the experience.  As a result, people deposited 230% more trash in the “World’s Deepest Bin” than in a bin nearby.  The Bottle Bank Arcade machine received 50 times more than the traditional machine.

We have noticed that more people are using the “piano stairs” than the escalator after they discovered that walking up or down the staircase is fun to them.  And 60% more people than usual, chose the stairs over the escalators at the end.

Have you even been feeling frustrated that your kids and teenagers are having trouble tidying up their room, leaving their clothes all over the place in their bedroom? Sounds familiar?  Well, this guy, Naoki Yamada helped you solve this problem by simply making it fun for your children to clean their rooms.  Let’s watch this video together and you will be amazed how creative Naoki Yamada was by transforming some tedious tasks into fun.

The Fun Theory initiated by Volkswagen suggested that pleasure is motivating.  If we are more creative, we can transform some unpleasant, boreding, repetitive, mechanical tasks into fun thus reinforcing people to continue to have fun and enjoy it when they do it next time.  The most important point is how can we create the conditions within which people will motivate themselves?