It’s just not cricket: growth as a result of trauma

Traumatic events shake us to our very core and incite us to ask some of life’s most profound questions – How? Why? and What if…? These are questions that never really have answers. Reflecting on my own moments of grief, I know that pain hurts, but often, what hurts more are these unanswered questions. As a psychologist, I have seen that the pain of trauma can be almost unbearable for many people, but I have also seen people discover the ability to grow in ways they could never have imagined; a phenomenon that psychologists refer to as posttraumatic growth. 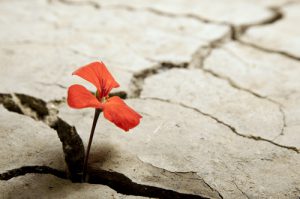 I find myself writing this blog in the wake of the accidental death of Australian cricketer, Phillip Hughes. Like most traumatic events, his death was sudden, unexpected and completely shocking. It left his cricket team and the entire Australian nation asking those unanswerable questions. But from this tragedy we’ve been able to observe the marks of posttraumatic growth.

Research has suggested that there are five domains of posttraumatic growth: (1) people can be presented with new opportunities which were previously unavailable, (2) they may feel a bond with others who have also experienced traumatic events, (3) they may have a redefined sense of self resiliency, internal strength and perseverance, (4) they may have a greater appreciation of life in general, (5) people may find a deeper spiritual commitment which may be different to their previous beliefs.

Losing the life of Phillip Hughes was unarguably the worst thing that could happen to the Australian cricket team and the wider community, but this tragedy has also produced some of the best personal and professional triumphs that I’ve ever seen.

Professionally, the resolve of the players to keep fighting until the last minutes of play at the Adelaide Test to bring home a victory was inspiring. This was the result of peak performances by Clarke, Warner, Smith and Lyon, who were close colleagues of Phillip and present at his fall. Meanwhile, back at the SCG, Sean Abbott, the bowler of the fatal ball, turned out his career best performance taking six wickets. He has demonstrated resilience and maturity beyond his years.

Further to the professional successes, it was the personal insights of the players and the uniting of a whole community that was truly soul-touching. I watched Michael Clarke speak at Hughes’ funeral, with his raw emotion and candid words, “His spirit has touched it and it will forever be a sacred ground for me. I can feel his presence there…” David Warner’s glance at the heavens to pay his respects when he was sitting on 63 not out during the first test, demonstrated another poignant moment.

On a community level, social media was flooded with images cricket bats propped up against doors, windows and shops. The small town of Macksville saw social barriers torn down as celebrities and locals alike lined the streets to pay their respects. These are small, yet significant markers of posttraumatic growth. Of course it is still early days for those closest to Phillip Hughes. Their grief will continue, and growth will be slow. It’s also important to emphasise that posttraumatic growth does not mean that the pain has ceased; rather pain is the context within which growth occurs.

Similarly, we all have our own personal tragedies that we try to comprehend. We ask ourselves many of those unanswerable questions. However, in the depths of this pain, we may glean a sliver of hope; that in some way, we’ve grown.

As they say, hope dies last. Therefore, my question for you today is what is your hope? For the Australian cricket team their hope is to play it with more passion, more emotion and a deeper sense of purpose than ever before.

However, it’s not just cricket, how can you use your past trauma to encourage personal growth?