Battle Scars – Self Harming in Adolescents 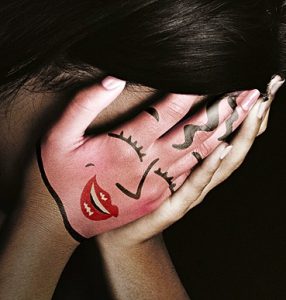 Registered Psychologist at Alpha Psychology and The Resilience Centre

Working with young people is never dull. Far from it. It is humbling, inspiring, frustrating, terrifying, rewarding. Adolescence is complex. It is, at times, emotionally polarised and intense despite the age old cry from teenagers that life is soooo boring. Some young people find they sail through, others find it difficult to put one foot in front of the other some days. Almost all are overwhelmed at some point.

Regulating emotion is a skill that some adolescents lack. There are those whose ability to problem solve is limited; they cannot see a way out. There are those who cannot tolerate negative emotions or see them as transitory. Frequently, when one or more of the above skills are in short supply, adolescents turn to other means to cope with emotions.

Deliberate Self Harm (DSH) can be used by some people to alleviate emotions or cope with painful experiences. DSH can take many forms and includes: cutting, burning, skin picking, hair pulling, scratching, head banging and hitting; infact any behaviour that is direct, intentional and receptive which results in mild to moderate physical injury. It is different to the indirect harm which results from other serious conditions such as Eating Disorders or more social or culturally sanctioned behaviours such as tattooing and piercing.  Research suggests that there is a relationship between self harming behaviours and other mental health issues, especially in girls. Some young people however, engage in this behaviour without having any other symptoms or afflications. They may infact appear on the surface to have near perfect lives.

Parents and concerned friends can be shocked when they discover self harm and associate it with suicidality. Mortality rates for self harmers are higher than for non self harmers, due to the fact that they are more likely to engage in risky behaviours, including suicide attempts. Suicidal thoughts can be a feature and must be taken very seriously, however, it is important to note that suicide is not the desired outcome for the majority of adolescents who self harm. Non Suicidal Self Injury (NSSI) has now been formally recognised as a disorder separate and distinct from other mental disorders. The criteria is specific and not all adolescents who self harm should be labelled with a ‘disorder’. Indeed, research speculates a very small percentage of adolescents will be. Despite this, we need to recognise that self harming behaviours DO indicate that the young person is experiencing psychological distress that they are unable to process or express in a healthy way.

Australian research suggests that around 1 in 11 to 15 young people between the ages of 12 and 25 report self harming at some point in their lives. The numbers are increasing and the age of onset is decreasing. A typical high school class in every high school in every suburb would statistically therefore contain someone who was self harming. They may be obvious, they may not.

Gone are the days when self harming was a thought to be a feature of the ‘emo’ subculture. School captains, athletes, performers, gifted students, all just as likely as the quiet girl at the back of the class to have scars. Some self harmers appear to be functioning well socially and emotionally. There is NO stereotype here that we can look for to try and identify and then support young people who are suffering.

It can be difficult to understand why if someone DOESN’T want to die, they inflict such pain and suffering on themselves? The question of ‘Why?’ is one that many parents and friends struggle with.  It may seem at odds with the perceptions of many but many self harmers do not see their behaviour as ’harmful’, quite the opposite. They describe it as providing relief from and release of negative emotions. It can be spontaneous but can also be planned. For some it enables them to feel alive. One client commented to me that ‘dead people can’t feel, it reminds me I’m alive’. It can be a form of expression, of inner turmoil or self loathing. Identity can be wrapped up in the behaviour and some clients I have worked with identify it as their ‘thing’ , and they don’t want to give it up. Some self harming can be a result of trauma or abuse. Guilt, shame and disgust are common in sufferers, and create barriers to communication and support.

Kneejerk reactions that question the motive of the behaviour and conclude that it is attention seeking are not helpful to share with the sufferer. It may well be, but if this is the method that a young person uses to cry for help you should take it seriously. Sometimes experimentation passes quickly but all too quickly it can become a habitual coping mechanism. A negative reaction (be it over or under reaction) that labels the behaviour as repulsive and attention seeking may shut down the likelihood of healthy communication further. It is important to look beyond the scars of self harm to the reasons behind it and offer support. Understanding is the one thing that young people complain they don’t receive and this often forms a barrier to help seeking. Most often it is friends who are the first to know, they are more likely to be confided in and/or discover the evidence. Most suffer in shameful silence until they are discovered. Some deliberately offer more public signs to make people notice and feel uncomfortable as a form of revenge.

Self harm is treatable and recovery is possible. Research has shown that the longer the behaviour goes unchallenged the greater the likelihood of it becoming an ‘addiction’. The brain releases feel good chemicals that reinforce the calming effect of the behaviour and stopping can result in ‘withdrawal’ urges and ‘cravings’. Treatment is a more complex process than simply deciding or agreeing to stop. Just like with any addiction forward planning is essential and setbacks are inevitable.

Engaging with a professional sends an important message to the sufferer, that their problems (be they the cuts or the reasons behind the cuts) are being taken seriously. Concerned parents can see their GP first of all or contact a psychologist or psychiatrist directly. It is important to find the right mental health professional. Someone who has experience working in this area and with young people is vital. An experienced therapist will engage with sufferers despite their apathy and initial reluctance.

A thorough mental health assessment is needed to identify risk and enable a tailored and effective treatment plan to be formulated. Treatment can be lengthy, depending on the severity of the presentation. The longer the behaviour has been around the more resistant it will be to change. The presence of other mental health issues can be a factor in treatment and recovery. Some programs recommend group AND individual sessions to teach and reinforce skills. Dialectical Behaviour Therapy is seen to be the most effective treatment modality. It is skills based and focuses on controlling emotional responses in a variety of ways.

The journey can be an emotional rollercoaster for parents and friends and talking to others who have survived the ride themselves can give comfort. Dealing with your own fears, discomfort and questions is important. It is important to check in on those who may be finding it difficult to cope, especially young friends. Courageous conversations with family and school are part of the process.

Young People and Self Harm http://www.selfharm.org.uk

The positive effects of Teache...