Bipolar – I’ve heard the word, now what does it mean? 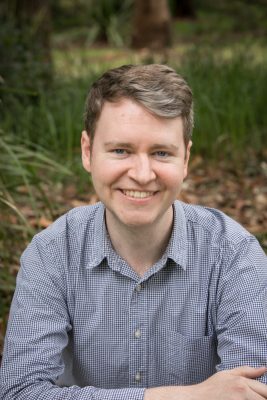 By Adam
Posted January 22, 2013 within Psychology,

A phrase heard more and more commonly these days is describing someone as bipolar. “She seems really bipolar,” “He’s acting weird, he probably has bipolar.” To describe someone as bipolar has become a fashionable label. But what does it really mean to suffer from bipolar disorder, and to be “bipolar?”  Is it a state we are in when going through life crises? Do we get bipolar? Or is it a part of our personality, a stable aspect of our behaviour?
I thought I would dedicate my blog post today to further exploring what it is like to suffer from bipolar disorder and to perhaps challenge some of its myths.
What is bipolar disorder?

Bipolar Disorder is essentially, a biologically-based ‘mood disorder.’ Sufferers of bipolar experience episodes of depression – periods of constant low mood that can last from as little as two weeks to as long as several months. These episodes of depression come with varied symptoms such as changed sleep or eating patterns and significantly less desire to take part in pleasurable activities.

However, true to the ‘bipolar’ name, sufferers also experience periods of elevated mood, termed, ‘mania’ or ‘hypomania.’ These highs vary significantly from individual to individual, on a spectrum of severity. On the less severe side (hypomania), people may feel increased feelings of wellbeing, increased energy, become more talkative and social, become more productive in their work or home life and find less need for sleep. The periods of hypomania can last as little as a couple of days through to weeks, especially if untreated.
The symptoms above may seem like quite a blessing. Who wouldn’t want to have a week or two where they felt great? I know I would appreciate the energy to knock off a couple of projects. However there is a darker side to the highs. Often hypomania can produce a loss of inhibition and a tendency towards more risky behaviours. This can range from being more likely to take a stranger home with you after a night clubbing, through to playing chicken with cars on the street. The changes in personality can make individuals much more irritable, impatient and quick to anger, causing fights with family and friends.
The severe end of the highs is called mania. While mild hypomania can cause little disruption (and actually feel quite good), severe mania can cause massive amounts of individual and family disruption and often leads to hospitalisation. Sufferers can experience hallucinations such as voices, delusions,  severely disrupted speech and complete life disorganisation to the point where he or she cannot look after themselves in their current state.
The impact of bipolar

People who suffer from bipolar disorder experience a recurrent pattern of these two mood states; periods of depression and periods of hypomania or mania. The patterns vary widely from individual to individual – some can have very rapid cycling, alternating between the lows and highs without very little space of normality in between. Others still can have long and severe episodes of mania that only occur once every 3-5 years. No two individuals experience bipolar disorder the same. Periods of normal mood are often few and far between and episodes are almost always out of an individual’s control (the exception being certain recreational drugs and medication which can cause episodes in vulnerable people, and often the symptoms disappear when the drug is ceased).
As you can imagine, bipolar disorder can be very debilitating. Sufferers often struggle to maintain jobs; they find it hard to make it to work when they are depressed, and often do strange things like unexpectedly quit when they are high. Relationships are often strained, and there are higher rates of divorce in families with a bipolar parent. And for those who experience psychotic symptoms while high, trips to the psychiatric hospital are a common occurrence. Bipolar disorder ranks with Obsessive-Compulsive Disorder and Schizophrenia as one of the top three psychiatric disorders in terms of life burden.
The Myths of Bipolar

Bipolar disorder is little understood, and only in the past few years have researchers begun to gain some understanding of the illness. The term ‘Bipolar’ has only been in widespread use for the past 10-20 years, previously it was referred to as ‘Manic Depression.’
When  we meet someone who seems particularly up and down in their emotional states, it has become recent practice in the media and somewhat in society too, to use the word bipolar. As you can see though, bipolar is far more complicated than having up days and down days. Furthermore, whereas  typical ups and downs are usually related to good or bad events, bipolar episodes can be triggered suddenly, without warning.
To be bipolar is not to have a ‘bipolar’ personality. While there are often behaviour changes when having a depressed or manic episode, these changes revert when the episode ends. To have bipolar does not necessarily mean several mood swings in a day, it generally occurs over a longer time frame.
What can be done for someone who suffers from bipolar?

The purpose of this post has been to highlight in general terms, what it means to have bipolar disorder and to differentiate the disorder from the use of the word ‘bipolar.’ However, bipolar is infinitely more complicated that a single blog post may cover. Bipolar is a lifetime illness, that often runs in families; hence it is often part of the story of generations of individuals.
Bipolar is debilitating, but there are things that can be done for those who suffer from it. Medication is usually the front-line treatment, and good results can be found from drugs that are taken regularly. Psychiatrists are usually the professionals used to manage bipolar in patients. As a psychologist, there are lots of things that can be done to help mitigate the experience of bipolar; to encourage self-awareness about your individual cycles, to encourage positive and healthy lifestyles and establishing support networks for when the illness strikes again.
If any of the descriptions of bipolar sound like your life, it may be daunting to ask a health professional about bipolar, but early detection can really help get a front foot against the illness. A first step however, may be to consult the Black Dog Institute Website – www.blackdoginstitute.org.au. There is a wealth of information there and plenty of resources to provide support and guidance.

Connections - making the most ...

The Psychology of Wisdom: